Hi there, today we share a cider story of Krzysztof Winnicki, the founder of Cydr Jabłkowy.

Away from the hustle and bustle of Warsaw, in beautiful natural circumstances: on the edge of Zegrzyński Lake, right on the River Narew is someone who has known and appreciates the taste of cider for a long time. What’s more – he produces it from his own fruit (from real apple must) and the flavour old apples inspired him to create a unique cider – Cydr Jabłkowy.

Krzysztof’s family has been associated with fruit-growing for two generations: his grandfather was one of the first fruit farmers in the village; later his father continues this tradition and so Krzysztof does. 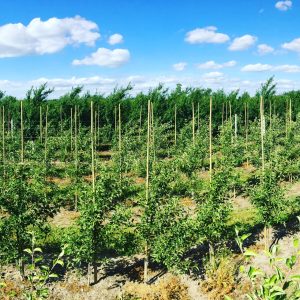 He was interested in making juice. The popularity of juices not from concentrate grew from year to year in Poland. Then Krzysztof started to reading about making cider and decided to give it a go. He started experimenting with different types of apples: his first ciders were made from pasteurized juice; next ones made from the unpasteurized must. He also mixed apples and pears. After weeks of experiments and mistakes, he got the right proportions and apples. Then Krzysztof registered a company. He ferments his ciders in the neighbourly vineyard (due to complicated Polish cider law)

He also tried his hand in making ice cider. “I wanted to do something difficult and rare. Honestly, this cider was created by accident” – said Krzysztof. Luckily, he has apples in his orchards which are suitable for ice cider. The process of ice cider production was laborious due to the lack of knowledge. It was like a walking in the fog without any clue. He decided to take a risk and started producing cider by the seat of his pants. Moreover, he forgot about his cider and fermentation for a half of year and after six months he realized that he has to put cider into bottles. “This cider tastes great.” – says Krzysztof.

Then he decided to take part in cider competition in Spain.  The organizer of the competition – International Cider Competition by Sagardo Forum found him on Instagram and invited to join. Krzysztof sent three ciders and it turned out that

each cider won a prize. 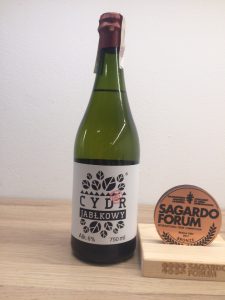 If you want to try his cider, get in touch with Krzysztof