Cider is very misunderstood drink, moreover, the current situation in Poland doesn’t make it easier to understand. So, what’s the problem? The issue of Polish cider is much more complicated than you may think. Here are some points to consider.

The average Polish customer does not know what cider is, what to expect and very often perceives cider as a replacement for beer. Moreover, cider often is located next to beer on the shelves and that makes a lot of confusion because – the consumer thinks it is a type of beer. The Poles don’t have a tradition of drinking cider and hence have no knowledge. At the moment, we need to educate consumers and repeat a mantra “cider is neither beer nor wine“.

In March, an interview with Monika Bierwagen, a chair of JRBB, cider producer has been published by newspaper Gazeta Wyborcza, where she stated that “Good cider must cost the same as good wine but big supermarkets want it to cost as much as beer.” Craft cider is considered as an expensive drink by Polish customers and some said they don’t like how it tastes. Like in every other industry – there are some excellent ciders and some bad ones. But without any knowledge of cider, the Polish consumer isn’t able to make an informed choice and look for a high-quality drink. Moreover, some best ciders aren’t widely available on the market – you have to buy them straight from the producer on the farm. Some are only available in selected restaurants.

On the over hand, we have protesting farmers. In March they blocked roads in Warsaw (capital) – there were smoked tyres, hay and apples were thrown all over the streets causing chaos in the city centre. Why? Farmers demand that the issue of the embargo on EU products introduced by Russia in 2014 to be resolved by the Polish government. Polish farmers and Poland are losing millions of złotych (Polish currency) annually on the embargo. Farmers also want to introduce mandatory product identification. Polish apples should have a sticker with the Polish flag, foreign fruits – with the country of origin flag.

The second protest in Warsaw on the 20th of March was more peaceful. The farmers give away free apples to passers-by. In this way, they wanted to pay attention to the worsening situation in the Polish countryside. 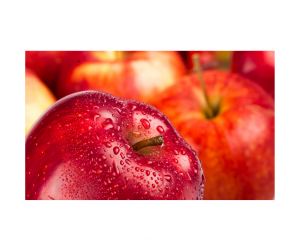 Poland is the biggest producer of apples in Europe. Apple harvest in Poland is 4.81 million tons (2018). We have a lot of apples but a small percentage is used in cider production. The vast majority of Polish apples go for concentrate production and it is exported.

Polish law is very unusual – do you know that we cannot promote cider in Poland? Sounds ridiculous but it is true. There is the Act on the upbringing in sobriety and counteracting alcoholism (this text is translated into English). In article no.13 of the act, you can read: Advertising of alcoholic beverages shall be prohibited in Poland, except for beer (…). As you can see, no one can advertise alcohol. Only beer is privileged – don’t ask why.

Moreover, you cannot sell any alcoholic beverages online. The law says that the sale of alcohol can only take place in premises listed in the retailer’s licence. So now, there are no plans to amend archaic legislation in this matter.

The other issue is high excise duty on cider and other legal requirements to set up a cider production in Poland.

As you can see, Polish cider producers face a huge red tape to fight with. But they don’t give up. New cider farms emerged recently and more people talk about cider. I think this unique drink just need more time to be rediscovered.