The Russian apple embargo and its consequences

As of 1st August 2014 the Polish fruit growing industry has been severely impacted by the Russian apple embargo. Until now Russian consumers have enjoyed our fruits, and it’s safe to assume that the situation would have remained unchanged for many years, but Russia had to respond to European Union sanctions.

The consequences of the political and diplomatic decisions have greatly affected Polish fruit growers, who suddenly have lost a great sales market. The official reason behind the banning of fruit and vegetable sales to Russia were so-called violations of phytosanitary norms. However, it was not hard to guess that the real cause behind this situation is completely different.

According to the estimations of the Minister of Agriculture, Polish fruit growers were to lose 500 (PLN) millions due to the introduction of the Russian embargo. The prohibition of trade was not only concerning apples, although this sector had suffered the most, but it was also concerning other fruits such as plums, nectarines, all types of cabbage, pears and cherries etc. Poland, second after Turkey, is the largest exporter of apples to European Union countries; selling as much as 50% of the total production to Russia which equals approximately 550 thousand tons. Every fifth fruit grower would be affected by the consequences of Russian decisions.

The whole country was aware of the issues concerning the export of apples to Russia. Many high-profile campaigns that arose were aiming at increasing the sale of apples in our country. Many catchy slogans like ”Rebel against Putin – eat apples, drink cider” have emerged. Indeed, the mildly alcoholic apple beverage started noticeably appearing in many shops. You can safely say that we went back to our roots, to when cider used to be a very common drink. The results of these actions were very satisfying. The consumption of apples in our country has increased by as much as 20% annually, which to some extent compensated the losses caused by the embargo.

As it turned out, the Russian embargo also had somewhat positive consequences. In fact, entirely new trade markets have emerged. The export of apples to Kazakhstan has increased by 5 0%. Fruits were also exported to Singapore and Canada but we fought over trade with USA and China. The prohibition of trade had been partially bypassed by selling Russia apple purees. As a result, the export of apples has increased by 4.5% exceeding over 21 million Euros. Perhaps the decision that Russia made gave us a motivation to seek alternative trade markets and to become independent from our eastern neighbour, who turned out to be quite unpredictable. 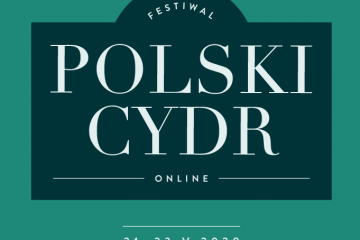